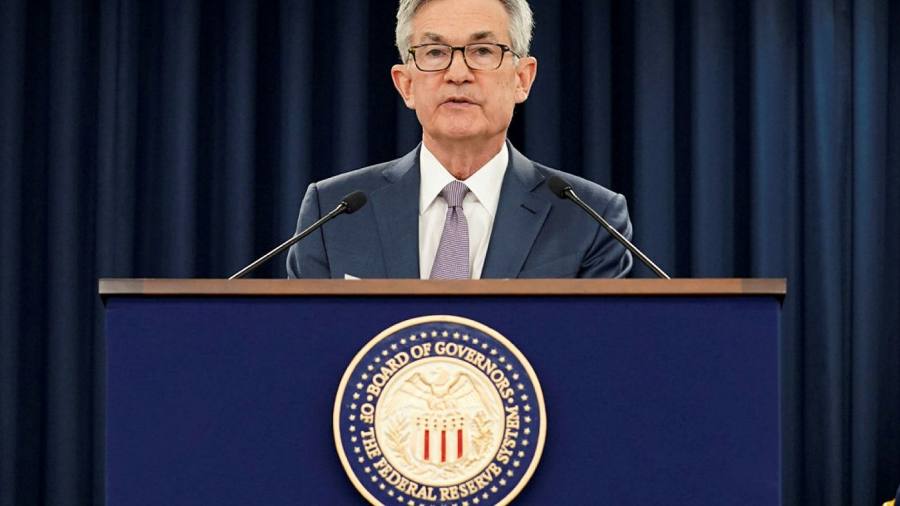 The Federal Reserve kept its main interest rate close to zero on Wednesday, as officials weighed the impact of the heavy dose of liquidity and stimulus already delivered to the US economy in the last two months.

At the end of a two-day meeting on Wednesday, the Federal Open Market Committee stopped short of any big new monetary policy action or guidance, but pledged to take additional steps if needed.

“The Federal Reserve is committed to using its full range of tools to support the US economy in this challenging time, thereby promoting its maximum employment and price stability goals,” it said.

“The coronavirus outbreak is causing tremendous human and economic hardship across the United States and around the world.”

The FOMC offered an even more downbeat assessment of the economic outlook than it did in March. “The ongoing public health crisis will weigh heavily on economic activity, employment, and inflation in the near term, and poses considerable risks to the economic outlook over the medium term,” it said.

The target range of the federal funds rate was maintained between 0 and 0.25 per cent, its level since March 15, when Fed policymakers were forced to slash rates and boost asset purchases to shield the economy from the coronavirus pandemic.

In its statement, the FOMC said that it would keep rates close to zero “until it is confident that the economy has weathered recent events and is on track to achieve its maximum employment and price stability goals” — using the same language as in March.

It also reiterated that the Fed would “use its tools and act as appropriate to support the economy”, highlighting that the US central bank was still poised for additional action if necessary.

The statement came after new data exposed the economic damage already inflicted by the Covid-19 outbreak on the US economy. Output contracted at an annualised rate of 4.8 per cent in the first quarter of the year, its worst performance since the Great Recession, and the slump is expected to be deeper in the second quarter after at least 26m people were left newly unemployed.

According to Gene Tannuzzo, deputy global head of fixed income at Columbia Threadneedle, the “strong” language used by the Fed to describe the economic outlook was a positive sign, as it confirmed the Fed’s urgency in providing support to the economy and financial markets.

“This is a situation where we want the Fed to describe the outlook as grimly as possible, because it accentuates their sensitivity to it,” he said.

US equities were little changed following the Fed announcement. The S&P 500 held on to earlier gains, rising 2.67 per cent, while the tech-heavy Nasdaq Composite climbed more than 3 per cent.

The Fed has already stepped in with lower interest rates, a sharp expansion of its balance sheet, the establishment of dollar swap lines with foreign central banks, and the creation of lending facilities with the US Treasury to offer credit to struggling businesses across the country. Trading conditions in critical debt markets have stabilised as a result, buoyed by the Fed’s commitment to expand its efforts as needed.

“The committee will closely monitor market conditions and is prepared to adjust its plans as appropriate,” the Fed added in its statement.

Jay Powell, the Fed chair, has previously said the US central bank is not considering a move towards negative interest rates, as some of its counterparts around the world have done.

However, the Fed still has scope to firm up its commitment to ultra-low rates for a long time, by setting specific targets based on unemployment and inflation levels for any increase. It also has room to expand its asset purchases and credit facilities.