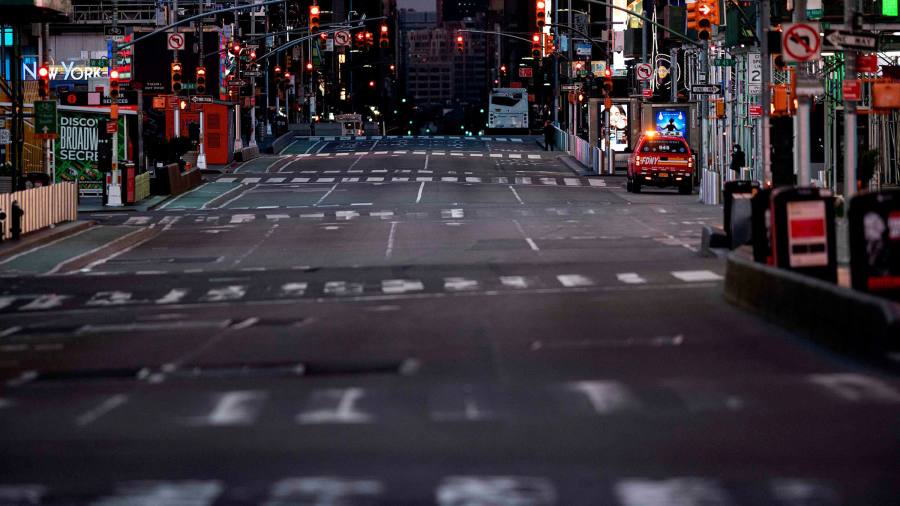 More than 3.8m Americans filed new claims for jobless benefits last week, bringing the six-week total since the start of the lockdowns to curb the coronavirus pandemic to more than 30m.

The number of initial unemployment claims fell from 4.4m the previous week, the US labour department said on Thursday, against expectations of 3.5m.

But the figure underscores the collapse in the economy, as states try to curb the spread of the virus by implementing stay-at-home orders and companies lay off, or furlough, their workers.

The growing ranks of unemployed came one day after the government said the economy had shrunk at an annualised 4.8 per cent in the first three months of the year, the sharpest fall since the end of 2008.

Illustrating the harsh jobs landscape, Boeing on Wednesday said it would cut its 160-000-strong workforce by 10 per cent.

Kevin Hassett, a top White House economic adviser, this week said the jobless rate would rise steeply to as much as 20 per cent by June, which would be the highest figure since the Great Depression nine decades ago.

The latest jobless report comes as states debate the balance between the health and economic risks as they consider when to start reopening their economies.

Large swaths of Florida, which saw 432,465 residents file jobless claims last week, will start reopening from May 4. Other states, such as Georgia, have already started reopening despite not meeting the federal guidelines for when they should start to lift restrictions on residents.

Job losses, decline in wages and a dour near-term outlook for the US economy as a result of coronavirus lockdowns prompted Americans to severely curtail spending.

In the worst decline since 1959, personal-consumption expenditures, or household spending, tumbled 7.5 per cent in March from the previous month, the Commerce Department said. That compared with economists’ expectations for a 5 per cent drop.

That came as incomes slid two per cent month-on-month in March from the previous month, the Commerce Department said. That compared with economists’ expectations for a 1.5 per cent drop.