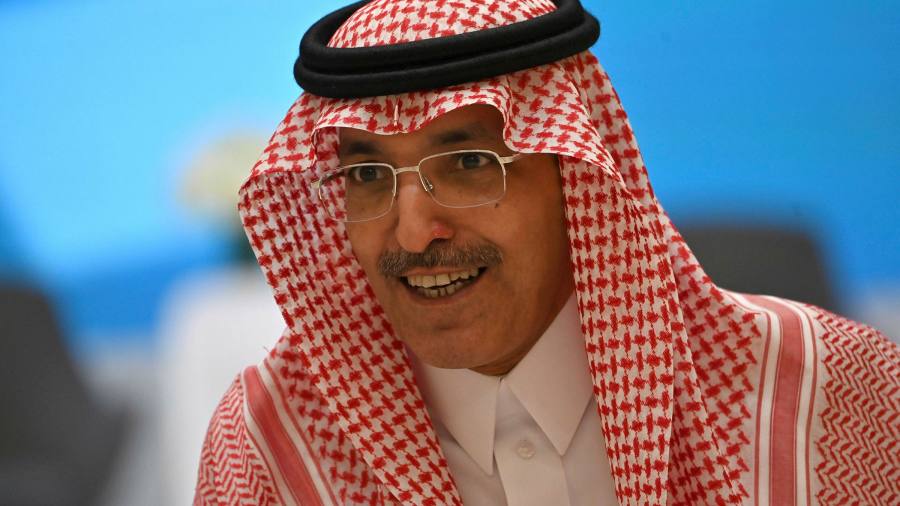 The world’s richest countries are edging towards a consensus on unlocking additional IMF funds for poorer nations whose economies have been battered by the coronavirus crisis, according to a leading G20 official.

Mohammed al-Jadaan, the finance minister of Saudi Arabia, which holds the G20 presidency this year, told the Financial Times that he was “optimistic” that the group of nations and the IMF could agree on a new allocation of the fund’s special drawing rights — or SDRs — “soon”.

SDRs are an international reserve asset allocated to IMF members in proportion to their share of the global economy; they can be used to provide cash injections to countries with diminishing foreign exchange reserves.

During the 2008 financial crisis the IMF issued $270bn in SDRs in a bid to help boost countries’ financial resilience. The question of whether it should make a similar move in response to the economic consequences of the pandemic has been a hotly-debated topic as the coronavirus outbreak and global recession have hit low-income countries, which are struggling with high debts and plummeting revenues.

IMF managing director Kristalina Georgieva has been a strong advocate of the move, as have China and other countries, but they have faced opposition from the US.

In April US Treasury secretary Steven Mnuchin sought to justify the Trump administration’s resistance by saying that “almost 70 per cent of an allocation would be provided to G20 countries”.

[Debtor] countries will need to be willing to help themselves. You cannot help people who are not willing

The G20 is not expected to announce a breakthrough on SDRs at its summit this weekend, but Mr Jadaan told the FT: “With SDRs I’m a supporter, but we need consensus and that consensus is being built. I’ve been talking to the IMF and others, and we will find ways, hopefully soon, to resolve that issue, because that would help a lot of people.”

He added that “definitely we need it for certain countries and I’m quite optimistic that we will find a way to do it very soon . . . particularly to countries in need”.

No amounts had been discussed, he said, adding that if the initiative was designed to help “countries that really need it, not countries that have significant reserves, then I think we will reach an agreement”.

While world powers were unable to agree on SDRs, the G20’s main means of helping low-income economies deal with the pandemic has been debt relief. In April wealthier nations offered to freeze bilateral government loan repayments for 73 eligible low-income countries this year.

So far 46 governments have taken advantage of the initiative, which has since been extended until June 2021.

Last week the G20 and the Paris Club group of creditor nations endorsed a common framework for debt restructuring on a case-by-case basis, a significant step forward that includes the option to write off loans in the most severe cases.

Mr Jadaan said the initiative should be used as a “tool for structural reform” to help heavily indebted low-income nations break the cycle of unsustainable borrowing, as the relief will be linked to IMF programmes. 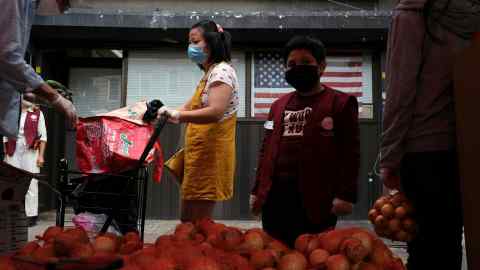 Almost 40 poorer nations, mostly African, had their debts written off in the late 1990s and the early 2000s under the Heavily Indebted Poor Countries initiative led by the IMF and World Bank. But many later accessed capital markets as investors chased yield after the financial crisis and some became heavily indebted.

“The last thing we want is to say OK, ‘everybody is off the hook’, they will go and have even a possibly a worse situation,” Mr Jadaan said. “This is why we are attaching it [the debt relief] with very clear technical support, [an] IMF programme, to ensure they are helped and guided throughout the process to move from their current position to a more sustainable position.”

Governments seeking relief under the initiative will be expected to negotiate similar terms with private sector lenders, which some countries have been reluctant to do because of concerns that they will be shut out of international capital markets and risk rating downgrades.

But Mr Jadaan said the G20 and multilateral institutions had been in talks with the Institute of International Finance, which represents private sector creditors, rating agencies and debtor countries.

“[Debtor] countries will need to be willing to help themselves. You cannot help people who are not willing. We are not talking about an evil [thing] that is going to grab their assets, we are asking them to sit down with the most prestigious, important financial institutions in the world,” he said.

He added that private investors were “highly sophisticated regarding returns and potential risk”.

“Hopefully as long-term investors they realise that they need to share in the pain as they shared in the gain at times of global crisis and need,” Mr Jadaan said.

He rejected criticism that the G20 could have done more to support poorer nations, describing the common framework as “one historic step towards bringing the world together” to assist lower-income countries.

“The G20 is a continuous process . . . during 2020 a lot has been done,” he said. “There are limited things you could do at any one time. As long as you are moving in the right direction, and moving quite aggressively, I would be happy and I am happy.”

Why EM ETFs Are Surging This Year
Op-ed: How pro investors are adapting to the influx of quick-triggered, app-using market players
Mortgage refinancing is hot, but using your home as an ATM is not
Massachusetts special obligation bonds get two-notch downgrade from S&P
Any progress on stimulus could give the market a boost in the week ahead