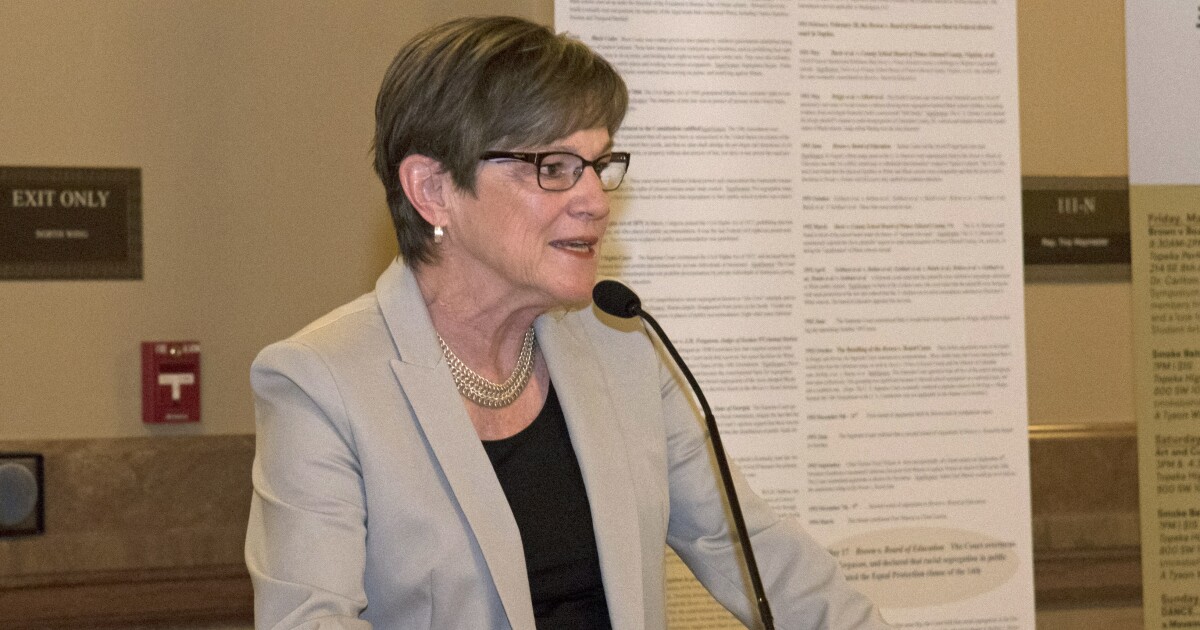 Nearing the end of the 2021 session, the Kansas Legislature overrode Gov. Laura Kelly’s veto of a controversial tax cut and approved a spending increase for public schools.

The education bill brought the budget for the fiscal year beginning July 1 to about $28.3 billion, including state and federal funds.

Lawmakers advocating for the tax cuts were buoyed by rising revenue estimates. In the current fiscal year ending June 30, Kansas will collect $8.15 billion, a 3.9% increase over the $7.8 billion forecast last November, according to state officials.

Revenues for the fiscal year beginning July 1 are expected to be $7.7 billion, about 0.5% higher than previously estimated.

A delay in last year’s income tax filing deadline to July 15 artificially inflated tax collections for 2021, making them higher than those of 2022.

In April, Kansas tax receipts soared nearly 70% over those of the same month last year and were 10% higher than expected.

In vetoing the $94 million tax cut, Democrat Kelly hearkened to the era of her Republican predecessor Sam Brownback, when perennial budget crises were brought on by tax cuts and falling revenue.

“In order to provide sustainable funding for essential government services, we cannot return to the era of perennial, self-inflicted budget crises that undermine the very fabric and foundation of our state,” Kelly said in her veto statement.

In a report Thursday, Fitch Ratings pointed out that 15 states had passed or were considering tax cuts in the face of an uncertain future.

“Revenue estimates and forecasting models have been so thrown off by the pandemic and trillions in federal aid that it’s like forecasting tomorrow’s wind speed velocity in the middle of today’s tornado,” said Michael D’Arcy, director at Fitch.

“Most changes being contemplated are pretty small,” he said. “But the risk of out-year budget gaps is real for the handful of states passing bigger changes because of all the forecasting uncertainty.”

After passing the budget in April without school funding, the Republican-controlled Legislature decided to wait until the final week, usually reserved for override votes.

On Friday, Kelly and legislative leaders announced an agreement on school funding, a contentious issue that has been in litigation for several years.

“As we continue to recover from the global pandemic, it’s more important than ever that we support Kansas students by giving them every opportunity to thrive and succeed,” the Democratic governor said of the school funding compromise.

According to the Kansas Association of School Boards, the bill will amend the current state program providing tax credits for contributions used for scholarships for certain students to attend private schools.

The bill does not raise the $10 million cap on tax credits for the program, and does not include a broader private school aid program called Education Savings Accounts that passed the House. That measure failed in the Senate on a 20-20 vote, leading to negotiations with the governor.

In April, Kelly signed four bills into law designed to improve the state’s economy, including reauthorization of the Sales Tax and Revenue Bond program, or STAR bonds, that was scheduled to lapse in June.

Senate Bill 124 updates the STAR Bonds program to increase its use in rural areas, and as a recruiting tool for headquarters and major business facilities.

With STAR bonds, the goal is to fund new job-generating projects, using state and local sales tax revenue generated by the attraction and associated retail development to repay the bond debt.

The bill extends the STAR bond program by five years and adds rural redevelopment projects and major business facilities as eligible projects. The bill requires a visitor-tracking program and a feasibility study for the bonds to be issued. A requirement to ensure public input and support is also added. In general, there would be more oversight from the state Department of Commerce.

Supporters point to projects like the the Kansas Speedway in Kansas City, a NASCAR venue for which the financing worked as intended.

Other projects have proven less successful.

In the state capital of Topeka, an auto race track that was redeveloped with STAR bonds backfired, leading to costly litigation.

One of the most recent STAR bond projects in Kansas City is redeveloping a water park that has been closed for several years after a fatal accident.

The new $330 million project is financed in part with $130 million of STAR bonds authorized by the Unified Government of Wyandotte County-Kansas City. The project includes a multi-sport athletic complex and performance center, and a youth baseball complex.

Kansas has issuer credit ratings of Aa2 from Moody’s Investors Service and AA-minus from S&P Global Ratings with stable outlooks.

Moody’s cited the Kansas economy valued at $173 billion, the broad flexibility the government has to adjust revenue and spending, and recent improvement and stabilization of fund balance and liquidity in affirming the rating in March.

The legislature adjourned Saturday until May 26.