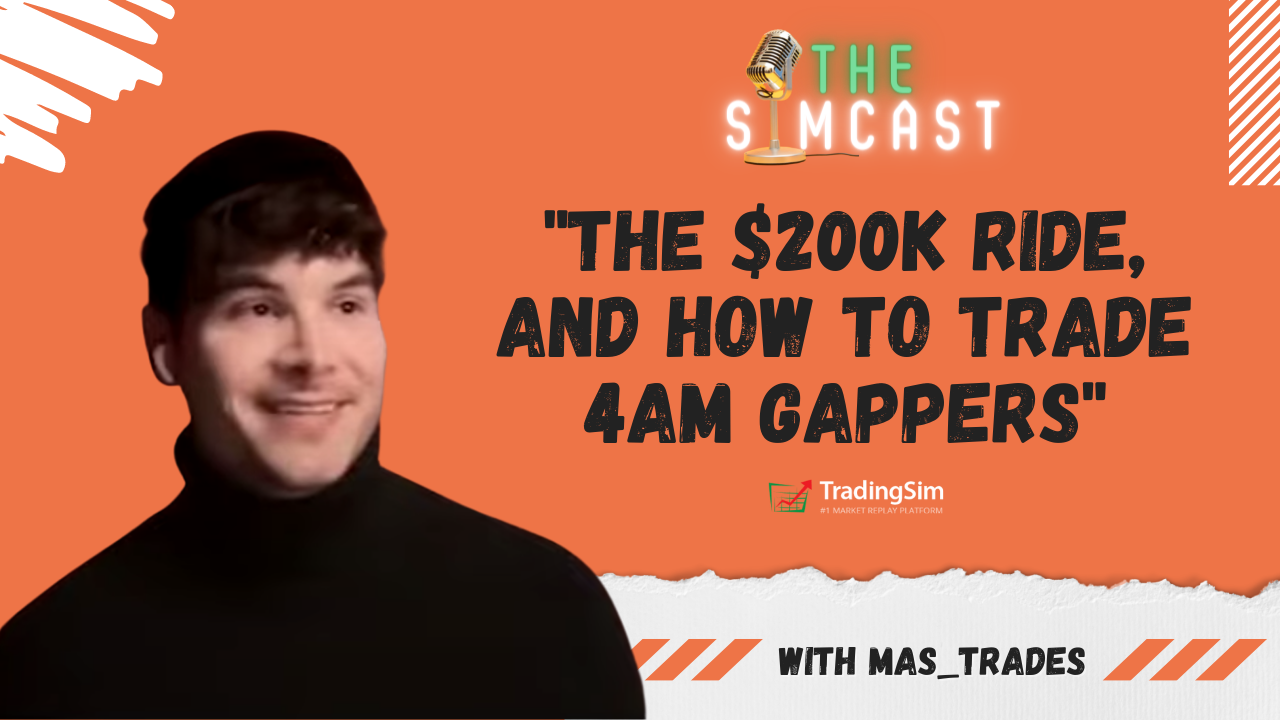 Mas is a day trader from Germany who loves to trade overextended gappers very early in the morning. Starting out almost a decade ago, it took him at least 5 years to really reach consistency. In this SimCast episode, Mas shares with us the adversity he faced and how he found the consistency he wanted. Be sure to give him a follow on Twitter as MasTrades.

In the early days, Mas shares with us how he started out blowing accounts in Forex. After reading a few books, and checking out Tim Sykes, he found success with one penny stock that took him up to $200k in profits on a single trade. However, as fate would have it, he HODLed a little too long and rode it all the way back down.

Mas admits that pain and experience have been the best teachers for him. Those early experiences only drove him to succeed that much harder. Despite having to move in with his parents, he knew it was only a matter of time before he achieved success.

Mas admits that it wasn’t until he took about 6 months off from trading to backtest a certain strategy that he found the success he wanted. He noticed a strategy centered around super-extended pre-market gappers. After screenshotting and studying hundreds of these charts, he found the confidence he needed to focus on this edge.

During the interview, we get a sneak peek at some of Mas’s best trades. Not only that, but we get a peek at what he does when trades go against him, how he manages risk, and the spreadsheets he tracks everything with.

Mas is a huge advocate of discovering your own strategy. Although he finds benefit from chat rooms and other educational websites, it wasn’t until he tested his own strategies that he found consistency.

What Is a Poison Pill?