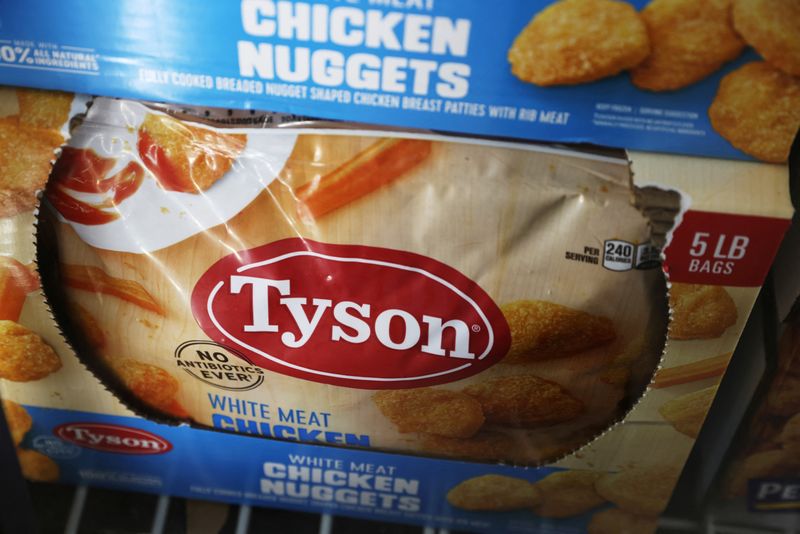 Meatpackers have come under scrutiny from the White House and Congress over high prices, with the Biden administration blaming a lack of competition in the sector for increases. Tyson said it has hiked prices to offset rising costs for labor and goods like animal feed.

Globally, food prices hit a record high in March as the war in Ukraine has disrupted shipments of grains used for feed.

“The supply chain and the consumer is more inelastic than what we had modeled in,” he told reporters.

Tyson projected annual sales between $52 billion and $54 billion, compared with its prior estimate for the upper end of a $49 billion to $51 billion range. Analysts on average expect $51.79 billion, according to Refinitiv IBES data.

The Arkansas-based company also raised its forecast for profit margins in its beef business to 11% to 13%.

Average prices for Tyson’s beef climbed by 23.8% in the quarter that ended on April 2, compared to a year earlier, the company said. Chicken prices jumped 14.4% and pork prices rose 10.8%.

“Looking ahead, we have concerns about consumers shifting away from meat and/or downtrading,” said Michael Lavery, senior research analyst for Piper Sandler, in a note.

The Biden administration has announced steps to increase competition in the meat sector as the White House is fighting inflation.

The company’s costs are up 23% for cattle and 20% for grain, King said. Higher grain prices increased the quarterly feed bill in Tyson’s chicken business by $100 million from a year earlier, according to the company.

“We are asking the customer and ultimately the consumer to pay for the inflation that we’re seeing throughout the supply chain,” King said.

The Market’s Compass US Index and Sector ETF Study

The Market's Compass US Index and Sector ETF Study