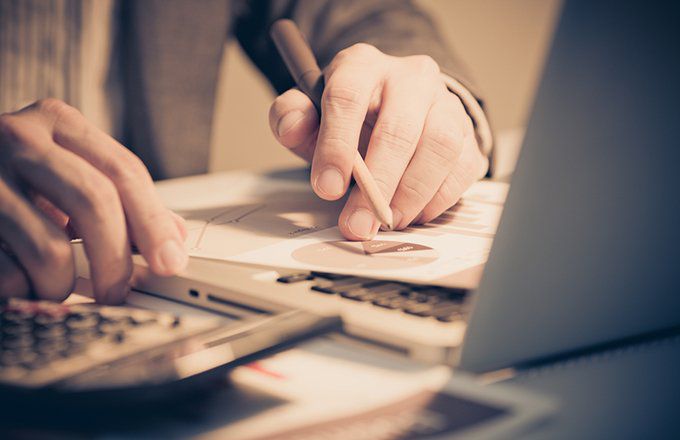 The concept behind the value investing philosophy is simple: Investors can realize tremendous gains by purchasing securities that trade well below their intrinsic value. In his books Security Analysis (1934) and The Intelligent Investor (1949), Benjamin Graham—the godfather of value investing—explained to investors that “a stock is not just a ticker symbol or an electronic blip; it is an ownership interest in an actual business, with an underlying value that does not depend on its share price.”

Graham’s investment philosophy has helped many of his disciples get rich. As of 2022, his most well-known follower, Warren Buffett, is the world’s fifth-wealthiest man with a net worth of more than $112.3 billion. But Buffett is not the only investor who has benefited tremendously from adopting Graham’s approach to investing. Below are five value investors that aren’t very well-known, despite having an impeccable track record for beating the market year after year.

Born in 1951 in Jamaica, Michael Lee-Chin is one of Canada’s most benevolent billionaires. After finishing high school, Lee-Chin migrated to Canada to further his education in engineering. He entered the financial sector at the age of 26 with a job as a mutual fund salesperson. As Lee-Chin went door-to-door trying to convince households to purchase mutual funds, he developed an obsession with discovering an invariable formula that he could use to make clients wealthy—and himself, too.

Years later, he found that formula and codified it into five characteristics shared among wealthy investors:

Armed with these five laws, Lee-Chin borrowed half a million dollars and invested it in only one company. Four years later, the value of his shares increased sevenfold. He sold those shares and used the profit to acquire a small mutual fund company that he grew from $800,000 in assets under management (AUM) to more than $15 billion before he sold the company to Manulife Financial (MFC).

Today Lee-Chin is the chair of Portland Holdings, a company that owns a diverse collection of businesses throughout the Caribbean and North America. His mantra is “buy, hold, and prosper.” As of May 2022, his net worth is $1.8 billion.

With very little in marketing and fundraising campaigns, David Abrams has built a hedge fund with over $10 billion worth of assets under management. As the head of Boston-based Abrams Capital Management, founded in 1999, Abrams has performed better than most fund managers by realizing an annualized net return of 15% for investors in the funds first 15 years. Abrams fund is unlevered—it doesn’t invest with borrowed (leveraged) funds—and it maintains a lot of cash on hand.

A look into Abrams Capital’s December 2020 SEC Form 13-F filing reveals that the firm held a very concentrated portfolio of $3.55 billion with large stakes in each of its holdings. Abrams’s large holdings in terms of value, comprising 37% of the portfolio, were Lithia Motors (LAD) (19% of the portfolio), Transdigm Group (TDG) (9%), and Meta (FB), formerly Facebook, (9%).

Well-known for spending more than $650,000 for the opportunity to have lunch with Warren Buffett, Mohnish Pabrai follows the value investing dogma to a T. According to Forbes, Pabrai “has no interest in a company that looks 10% undervalued. He is angling to make five times his money in a few years. If he doesn’t think the opportunity is blindingly obvious, he passes.”

After selling his IT business for $6 million in 2000, Pabrai launched Pabrai Investment Funds, an investment firm modeled after Buffett’s investment partnerships. His “heads I win, tails I don’t lose much” approach to investing is working. His portfolio concentrates on India and emerging nations, as he doesn’t find many mispriced or undervalued stocks in the U.S. market. If someone invested $100,000 in July 1999 with Pabrai, that investment would have grown to $1.8 million by March 2018.

As of April 2022, Pabrai Investment Funds managed over $700 million in assets.

Allan Mecham is not your typical hedge fund manager. He is a college dropout and lives near Salt Lake City, Utah, far from Wall Street, founded Arlington Value Capital Management. In March 2017, Mecham reported the AVM Ranger fund ended 2016 with a 29.1% gain (before fees) versus 12% for the S&P 500. Over 8.5 years, the fund had compounded at 30.7% per year.

With over $1.2 billion in assets under management in March 2020, Mecham executed a value investing strategy for his clients. Making about one or two trades a year, he held from six to 12 stocks in his portfolio and spent most of his time reading companies’ annual reports. His major positions were in Berkshire Hathaway (BRK.B)—Buffett’s company occupied 33% of the portfolio—and Cimpress PLC (CMPR) (11%).

As co-chief executive officer of the Markel Corporation (MKL), a reinsurance business that has a similar business model to Berkshire Hathaway (BRK-A), Tom Gayner is in charge of investing activities for Markel, including managing its float. The float is the funds provided by policyholders that are held prior to Markel’s insurance subsidies making claim payments.

After 56 years as a private company, Markel went public in 1986. Gayner joined the company in 1990 after working as a certified public accountant for PricewaterhouseCoopers (PwC). Before becoming co-chief executive officer in 2016, Gayner served as president and chief investment officer from May 2010 to December 2015.

Gayner’s strategy is to allocate funds into a large portfolio of businesses that are undervalued by the market. He values companies with good management first and foremost, favoring large-cap, global ventures.

Warren Buffett is not the only value investor that the market has rewarded. Many investors have benefited from faithfully executing Benjamin Graham’s strategy of selecting stocks that trade for less than their intrinsic values.

5 Strategies to Advance Diversity, Equity, and Inclusion in the Workplace

What Are the Top Investing Websites?