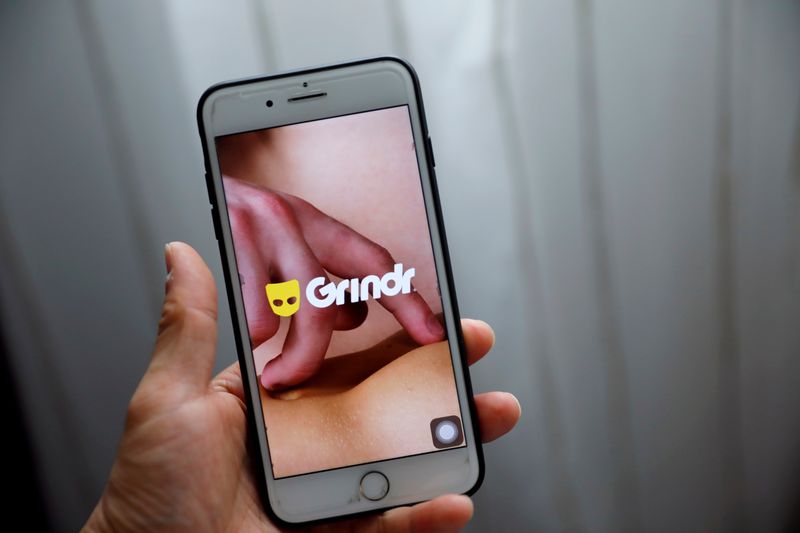 (Reuters) -Gay dating app Grindr said on Monday it would go public through a merger with a blank-check acquisition firm – a deal that values it at $2.1 billion and features Tiga Investments CEO Raymond Zage on both sides of the transaction.

Grindr said its existing shareholders would own 78% of the company after the merger, which comes two years after China’s Kunlun Tech Co divested it for $620 million due to U.S. national security concerns.

While Grindr did not disclose the identities of its existing shareholders, Reuters previously reported that Zage had a 41% stake in the consortium that acquired Grindr. A source familiar with the matter said on Monday that Zage continues to be an investor in Grindr.

Tiga Acquisition Corp, the Singapore-based special purpose acquisition company (SPAC) that will merge with Grindr, is controlled by Zage.

Under the deal, Grindr will receive $284 million in cash from Tiga and up to $100 million in a forward purchase agreement.

Grindr and Tiga expect that their deal may require clearance from the Committee on Foreign Investment in the United States (CFIUS) which scrutinizes deals for potential national security risks, according to a copy of their merger agreement that was made public on Monday.

CFIUS ordered Kunlun to sell Grindr in 2019 over concerns that the personal data of U.S. users could be accessed or exploited by China’s government.

It could not be learned if CFIUS had a role in Grindr’s decision to explore a sale and merger with a SPAC. A spokesperson for the U.S. Treasury Department, that chairs CFIUS, did not respond to a request for comment.

Reuters reported last year that Kunlun and Grindr gave information to CFIUS about the transaction that contradicted disclosures to potential investors and Chinese regulators.

They told CFIUS that James Lu, a former Baidu Inc (NASDAQ:) executive who was part of the consortium that bought Grindr and is now Grindr’s chairman, had no previous business relationship with a key adviser to Kunlun, even though the investor disclosures and Chinese regulatory filings stated otherwise.

Grindr chief executive Jeff Bonforte and Grindr chief operating officer Rick Marini will step down and a search for Bonforte’s replacement is under way, a person familiar with the matter said on Monday.

Bonforte and Marini were part of investment firm Catapult Capital that competed against Lu and Zage to buy Grindr before they clinched an agreement to work together.

Atlanta Hawks co-owner Michael Gearon, another major shareholder who was part of the consortium that acquired Grindr two years ago, will continue to be invested in the company, the source said.

Grindr said in an investor presentation on Monday that it has 11 million monthly active users and that its revenue grew 30% last year.

The deal values Grindr at 27 times its adjusted 2021 earnings before interest, taxes, depreciation and amortization of $77 million. By comparison, shares of dating app peers Match Group Inc (NASDAQ:) and Bumble Inc are trading at 22 times and 25 times their 2021 EBITDA, respectively, according to Refinitiv.

What a Backdoor Roth IRA Is & How to Use It

What a Backdoor Roth IRA Is & How to Use It