How Are Realized Profits Different From Unrealized or So-called “Paper” Profits? 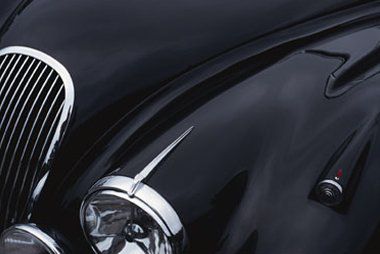 When buying and selling assets for profit, it is important for investors to differentiate between realized profits and gains, and unrealized or so-called “paper profits“.

Until an investment is disposed of, any change of value experienced is only unrealized, or “on paper.” Only when the investment is sold is a loss or gain realized. And only then would you be subject to taxation.

What Are Unrealized Gains And Losses?

Simply put, realized profits are gains that have been converted into cash. In other words, for you to realize profits from an investment you’ve made, you must receive cash and not simply witness the market price of your asset increase without selling. For example, if you owned 1,000 common shares of XYZ Corporation, and the firm issued a cash dividend of $0.50 per share, you would realize a profit of $500 from your investment. This is a realized profit because you have received the actual cash, which cannot be lost due to changes in the marketplace.

Now, suppose that XYZ Corp.’s shares were trading at $15, but you believed they were fairly valued at $20 per share, and therefore, you were not willing to sell at $15. Because you would still be holding on to all of your 1,000 shares, you would have an unrealized, or “paper”, profit of $5,000. Of course, if you have not closed out of your position and realized your gain, you could still lose some, or all, of your profits, and your principal as well.

On the other hand, because you have not realized your profit, you are not required to claim the gain as income; thus, by holding your shares instead of selling, you can potentially defer taxable income for a year (or many). Of course, the reverse is true for losses: realized losses can usually be claimed by investors as capital losses, offsetting other capital gains, while paper losses can not.

Realized profits, or gains, are what you keep after the sale of a security. The key here is that you have sold, locking in the profit and “realizing” it. For instance, if you purchased a security at $50 per share and subsequently sold it at $100 per share you would have a realized profit of $50. Unrealized gains, or paper profits, are gains that you only have on “paper” because you still hold the investment. These gains could evaporate if the security declines in value or increase if the price of the security rises.

How Are Realized Profits Taxed?

In the U.S., only realized profits are subject to taxation. If an investment is held for less than one year, it is considered a short-term capital gains tax, which would be the same as ordinary income. If held for longer than one year, it would instead be subject to the more favorable long-term capital gains tax (which would be either 0%, 15%, or 20% depending on total income and filing status).

Why Are People Reluctant to Realize Paper Losses?

In behavioral finance, the well-known phenomenon of loss aversion predicts that people hold on to losing prospects for too long because the psychological pain of realizing a loss is difficult to bear. In other words, the pain of losing, say $100, is bigger than the pleasure received from finding $100. As they say, “losses loom larger than gains.” In the context of investing, this is known as the disposition effect. As a result, people tend to hold on too long to losing stocks and sell their winners too early.

An unrealized gain or loss has not yet been actualized. This means that the value of an asset you’ve invested in has changed in value, but you have not yet sold it. As a result, these changes in value only appear “on paper,” once in the form of physical brokerage or account statements mailed to clients.

Merry Christmas to All

How Banks Try To Discredit Bitcoin

How Banks Try To Discredit Bitcoin