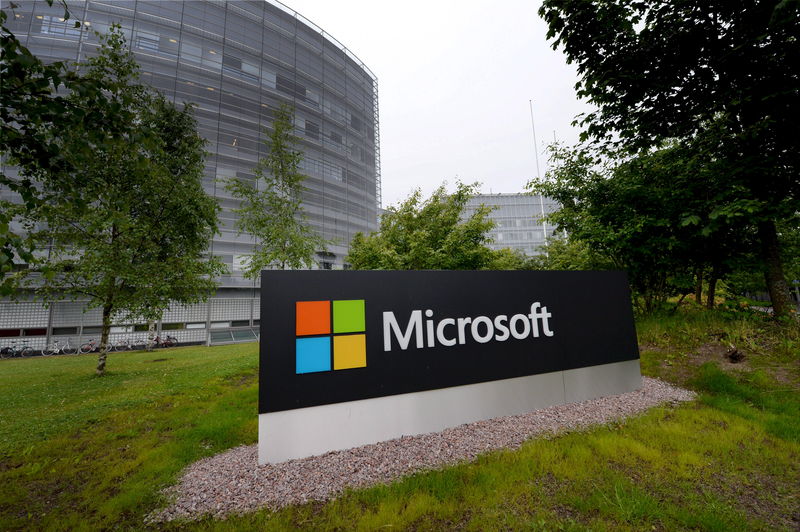 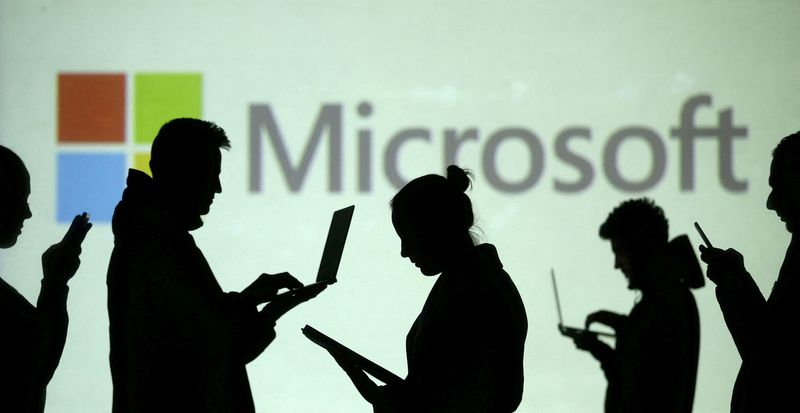 © Reuters. FILE PHOTO: Silhouettes of laptop and mobile device users are seen next to a screen projection of Microsoft logo in this picture illustration taken March 28, 2018. REUTERS/Dado Ruvic/Illustration

(Reuters) – Microsoft Corp (NASDAQ:) said on Monday that it would extend its abortion and gender affirming care services for employees in the United States to include travel expense assistance.

Several companies, including Yelp (NYSE:) Inc, Citigroup (NYSE:), Levi Strauss & Co (NYSE:), and Amazon.com Inc (NASDAQ:), have already pledged to cover costs for American employees who need to travel out of state for an abortion.

Some major employers, such as Walmart (NYSE:) Inc and Target Corp (NYSE:), have not weighed in since the leak to Politico last week of a Supreme Court draft opinion that would overturn its 1973 decision legalizing abortion nationwide.

The issue has gained urgency now that 31 states have introduced abortion bans this year, according to policy analysis by research group Guttmacher Institute.

Microsoft will “continue to do everything we can under the law to protect our employees’ rights and support employees” in accessing critical healthcare, which includes services like abortion and gender-affirming care, in the United States, a Microsoft spokesperson said in a statement to Reuters.

“This support is being extended to include travel expense assistance for these and other medical services where access to care is limited in availability in an employee’s home geographic region.”

The Beginner’s Guide to Day Trading

From factory to free-range offices. At a price.

From factory to free-range offices. At a price.