Understanding the Correlation of Oil and Currency 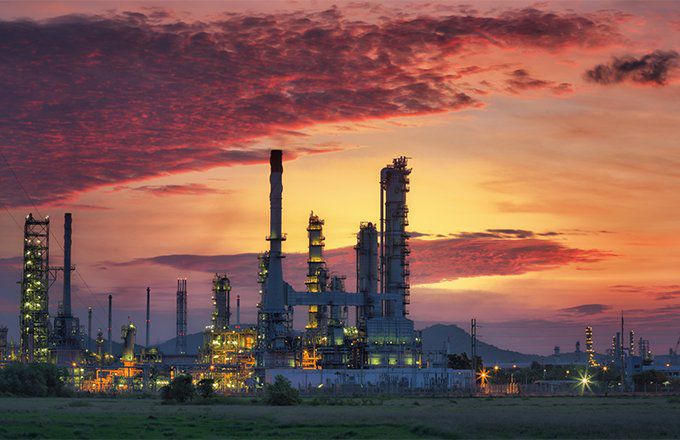 There is a hidden string that ties currencies to crude oil. Price actions in one venue force a sympathetic or opposing reaction in the other. This correlation persists for many reasons, including resource distribution, the balance of trade (BOT), and market psychology.

There’s also crude oil’s significant contribution to inflationary and deflationary pressures that intensifies these interrelationships during strongly trending periods—both to the upside and to the downside.

Crude oil is quoted in U.S. dollars (USD). Countries that import oil pay for it in the greenback. Similarly, those that export the commodity receive payment in USD. This system dates back to the early 1970s after the collapse of the Bretton Woods gold standard. This period saw the rise of the petrodollar system, which promoted the U.S. dollar’s rise as the world’s reserve currency. Oil producers and purchasers use this system to trade in the commodity in U.S. dollars.

Each uptick and downtick in the dollar or in the price of the commodity generates an immediate realignment between the greenback and numerous forex crosses. These movements are less correlated in nations without significant crude oil reserves, like Japan, and more correlated in nations that have significant reserves like Canada, Russia, and Brazil.

Many nations leveraged their crude oil reserves during the energy market’s historic rise between the mid-1990s and mid-2000s, borrowing heavily to build infrastructure, expand military operations, and initiate social programs.

Those bills came due after the 2008 economic collapse, where some countries deleveraged while others doubled down, borrowing more heavily against reserves to restore trust and trajectory to their wounded economies.

Selling pressure spread into other commodity groups, raising significant fears of worldwide deflation. This tightened the correlation between affected commodities, including crude oil, and economic centers without significant commodity reserves like the Eurozone.

Currencies in nations with significant mining reserves but sparse energy reserves, like the Australian dollar (AUD), plummeted along with the currencies of oil-rich nations.

Trouble in the Eurozone

Falling crude oil prices set off a deflationary scare in the Eurozone after local consumer price indices turned negative at the end of 2014. Pressure intensified on the European Central Bank (ECB) in early 2015 to introduce a large-scale monetary stimulus program to stop the deflationary spiral and add inflation into the system.

The first round of bond-buying in this European version of quantitative easing (QE) began the first week of March 2015. QE by the ECB continued until mid-2018.

The European Union experienced growth in 2019 and leading into 2020 until the Covid-19 pandemic induced a recession. In 2022, rising energy prices contributed to a decrease in household consumption and impacted an economy attempting to recover.

This was made worse by Russia’s invasion of Ukraine, which sent oil prices soaring and raised concerns over Europe’s energy security. As sanctions against Russia kicked in, several Eurozone countries discovered that their reliance on Russian oil and gas made for an uncomfortable geopolitical situation.

Many forex participants focus their full attention on the EUR/USD cross, the most popular and liquid currency market in the world. The currency pair topped out in March 2014, just three months before crude oil entered a mild decline that accelerated to the downside in the fourth quarter—just as crude broke down from the upper 80s to low 50s. Euro selling pressure continued into March 2015, ending right when the ECB initiated its monetary stimulus package.

In 2021, Venezuela had the largest proved crude oil reserves of nearly 304 billion barrels. It had more than one-quarter of OPEC’s share of global supply as of the end of 2020.

The United States was historically a net importer of petroleum despite having proven reserves. That changed in 2020. Crude oil production ramped up and the U.S. exported 8.51 million barrels per day. In 2021, the U.S. exported 8.63 million barrels per day. This helped make the U.S. the second-largest producer of energy in the world behind China. This ramp-up also helped the U.S. apply sanctions against Russia and increase exports to European nations in 2022.

As the United States has moved up the ranks in worldwide petroleum production, the U.S. dollar has also benefited from crude oil’s precipitous decline for several reasons. First, U.S. economic growth after the bear market was unusually strong compared to that of its trading partners, keeping balance sheets intact. Second, while the energy sector significantly contributed to U.S. GDP, America’s great economic diversity reduced its reliance on that single industry.

Since the Russian invasion of Ukraine in 2022, the U.S. dollar has strengthened against many world currencies due to the safe haven effect and rising inflation. This has happened even as the price of oil skyrocketed.

It makes sense that nations that are more dependent on crude oil exports have incurred greater economic damage than those with more diverse resources. Russia offers a perfect example, with energy representing over 65% of its exports in 2014. That figure dropped, though, to just over 40% of its 2021 exports. With severe sanctions following Russia’s invasion of Ukraine in 2022, that number has fallen even more dramatically.

Then, with the turnaround in crude oil prices, Russian GDP saw a marked turnaround. GDP growth turned positive in Q4 2016 and has remained so ever since. In 2022, economists predict that Russia’s economy will contract significantly as the Ruble has also stumbled and inflation has risen in the wake of its larger invasion of Ukraine.

Here are the countries with the highest crude oil production based on barrels per day in 2022:

Economic diversity shows a greater impact on underlying currencies than absolute export numbers. Colombia ranked 19th, but crude oil represented 25% of total exports. This high dependence was illustrated by the collapse of the Colombia peso (COP) in 2014.

Many Western forex platforms halted ruble trading in early 2015 due to liquidity issues and capital controls, encouraging traders to use the Norwegian krone (NOK) as a proxy market. USD/NOK showed a broad basing pattern between 2010 and 2014 at the same time that crude oil was bouncing between $75 and $115. Crude oil’s downturn in the second quarter of 2014 matched a powerful uptrend in the USD/NOK that accelerated in the fourth quarter.

That rally continued into the second half of 2015, with the currency pair hitting a new decade high. This pointed to continued stress on the Russian economy, even though crude oil came off its deep lows. Still, the pair soared along with crude oil. High volatility made this a difficult market for long-term forex positions, but short-term traders could book excellent profits in this strongly-trending market.

Since 2020, the USD/NOK has shown volatility within an overall sideways market.

In 2022, the Ruble once again saw a severe devaluation in response to the economic sanctions levied against it following its invasion of Ukraine. Russia’s central bank did step in to support the Ruble, and President Putin began demanding that oil exports be paid for in Rubles. This increased demand for Russia’s currency, strengthening it into the second half of 2022.

What Ties Crude Oil to Currencies?

There are several factors that link crude oil to currencies such that there may be a related or opposing reaction to one when there is a change in price in another. This often has to do with the distribution of resources and a nation’s balance of trade (the balance between a country’s exports and imports). Behaviors and sentiment in the market, and the effect that crude oil has on inflation also play out in the relationship between the commodity and currencies.

What Is the Petrodollar System?

Producers and purchasers use the petrodollar system to trade crude oil. Petrodollars are not a separate currency. Instead, trade is conducted in U.S. dollars. The system was developed in the early 1970s after the Bretton Woods gold standard was ended. At the time, the United States entered into an agreement with Saudi Arabia to standardize oil sales in the USD.

Which Countries Produce the Most Crude Oil Per Day?

In 2021, the U.S. became the world’s largest oil producer, at 11.6 million barrels per day. The U.S. was followed by Russia, Saudi Arabia, Canada, and Iraq.