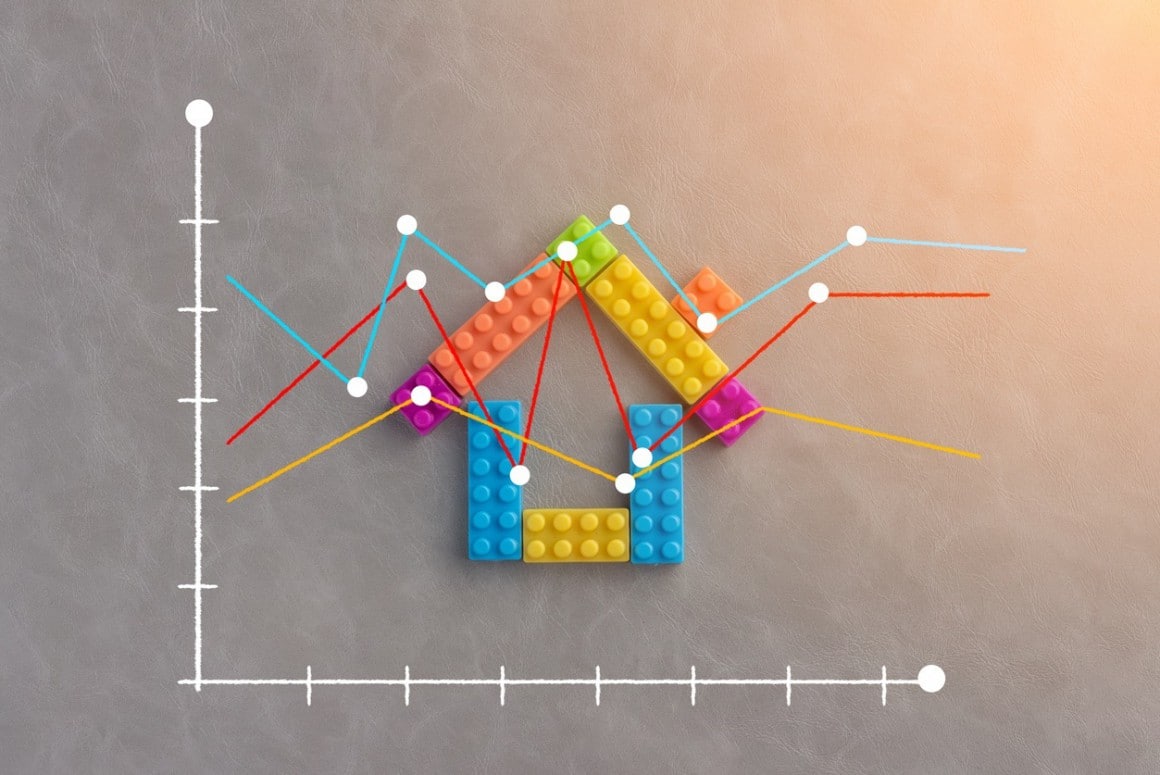 Housing values are still rising at the national level, however, with a rise of just 0.6% over the month, April’s growth rate was the lowest reading since October 2020.

Sydney and Melbourne were the main drag on the headline growth rates.

Sydney housing values recorded the third consecutive month-on-month decline, down 0.2%, while Melbourne home values were virtually flat with a decline of 0.04%.

Technically values are down over three of the past five months in Melbourne.

Hobart also recorded a negative monthly change, down 0.3%, which was the city’s first monthly fall in 22 months. 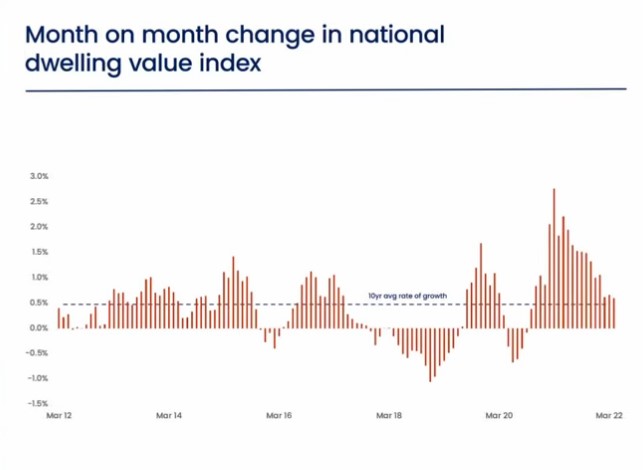 The weakening state of the market has taken the rolling quarterly trend into negative territory across Sydney and Melbourne for the first time since these cities were in the midst of the first extended lockdowns of 2020.

Demonstrating the diversity in housing conditions across the broad regions of Australia, half of the capitals are still recording a monthly growth rate above 1%.

Adelaide, at 1.9%, led the monthly pace of capital gains, followed by Brisbane, Canberra, and Perth. 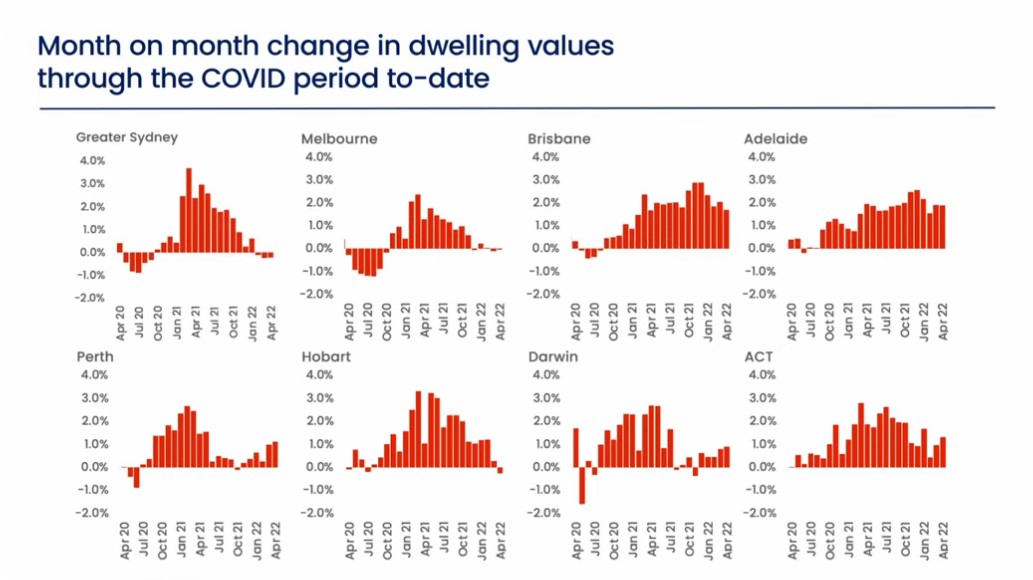 Although monthly growth rates remain high in these markets, the trend rate of growth is easing in these areas as well.

Perth and Darwin are the exceptions, where the rolling quarterly trend has gathered some steam since late last year.

A rebound in migration rates as state and international borders re-opened could partially explain the renewed exuberance, along with persistently low advertised stock levels and strong economic conditions, especially in WA. 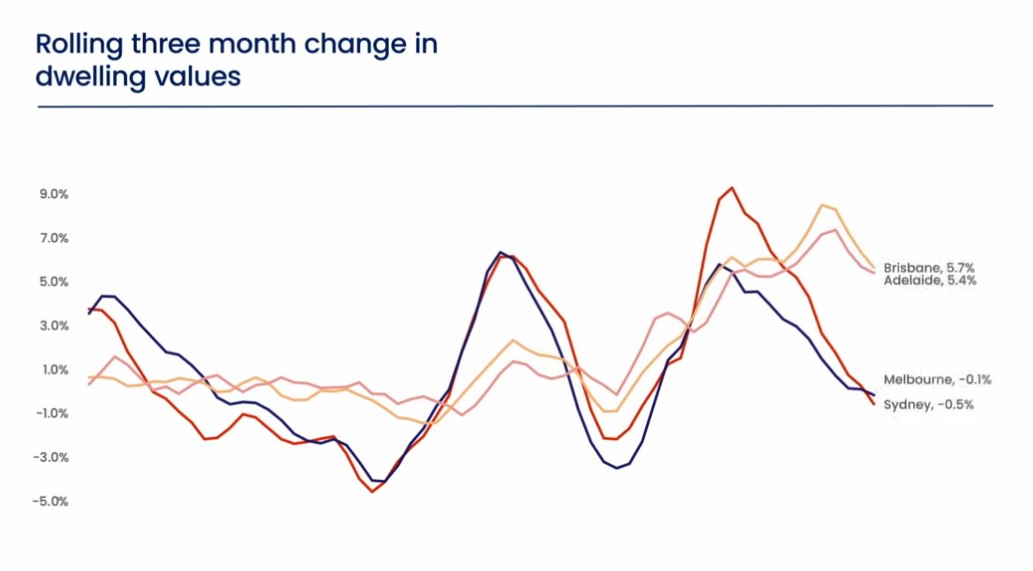 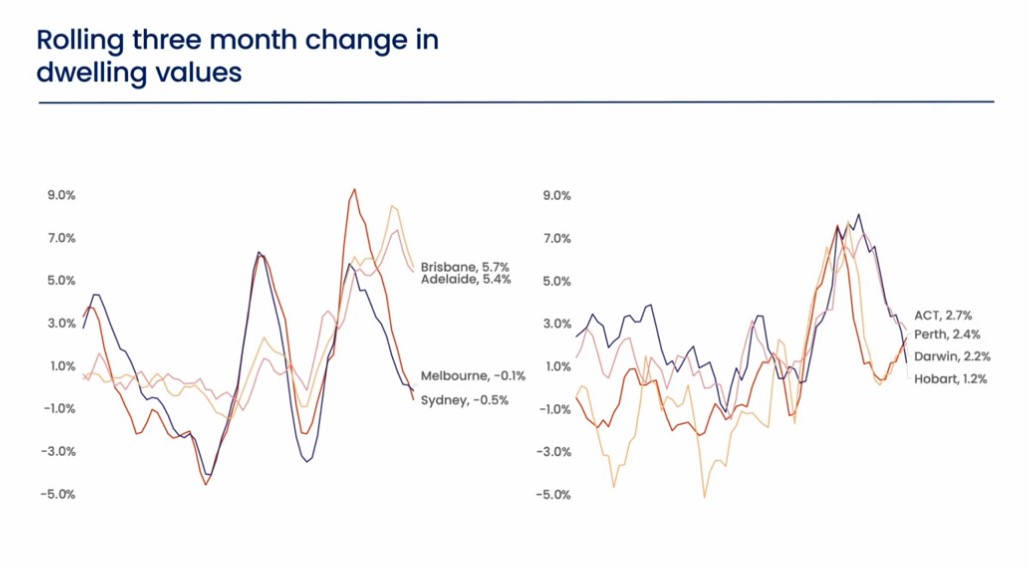 The imbalance between available supply and demonstrated demand is a key factor supporting growth in housing prices across regional Australia, however, the trend rate of growth is generally slowing as affordability constraints become more challenging.

Stretched housing affordability, higher fixed-term mortgage rates, a rise in listing numbers across some cities, and lower consumer sentiment have been weighing on housing conditions over the past year. 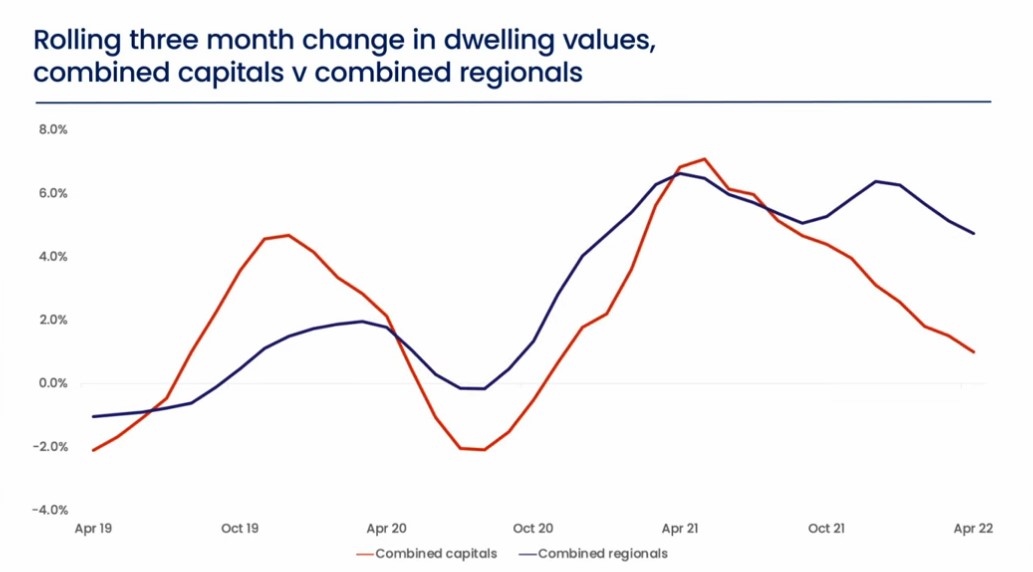 With the RBA cash rate now rising, we are likely to see a further loss of momentum in housing conditions over the remainder of the year into 2023. 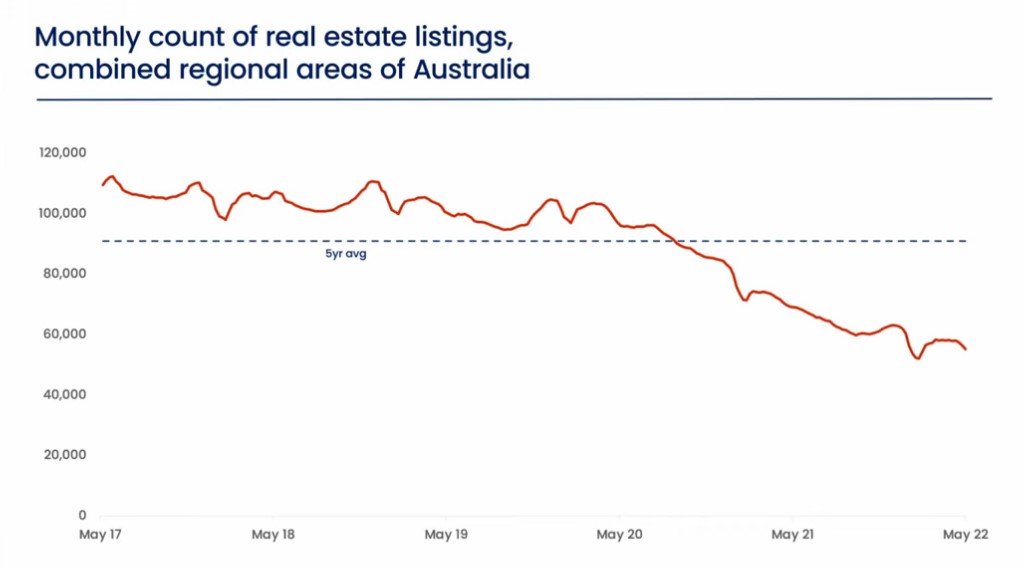 The extent of any housing market downturn really depends on how high and how fast interest rates rise, but also a variety of other factors will be a play.

Labour markets are currently showing the lowest unemployment rate since the mid-1970s, and conditions are set to tighten further. 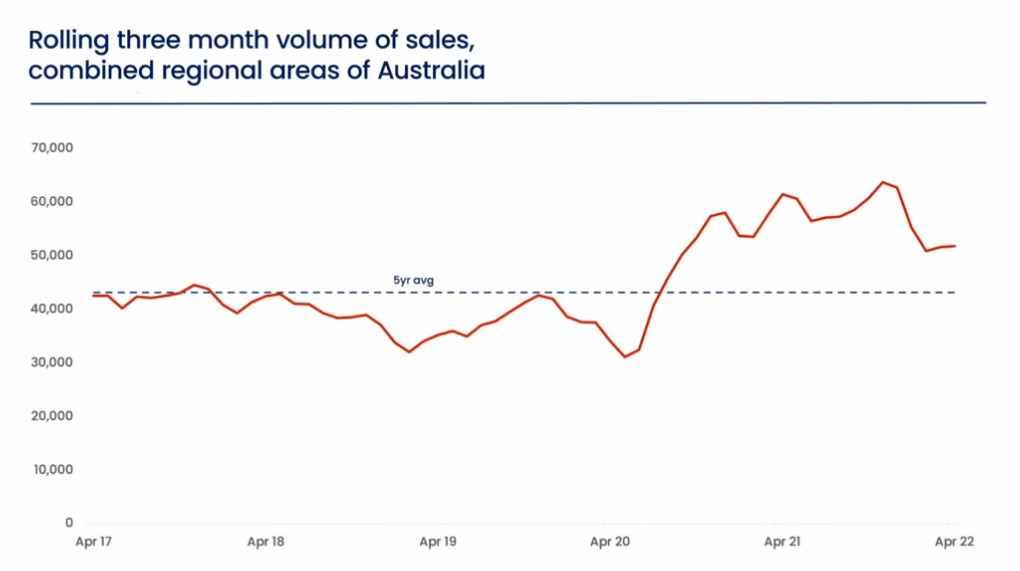 Such a low unemployment rate, along with expectations for higher income growth, should help keep distressed listings at relatively low levels.

Additionally, as we enter a period of higher interest rates, borrowers are generally well ahead of their mortgage repayments. 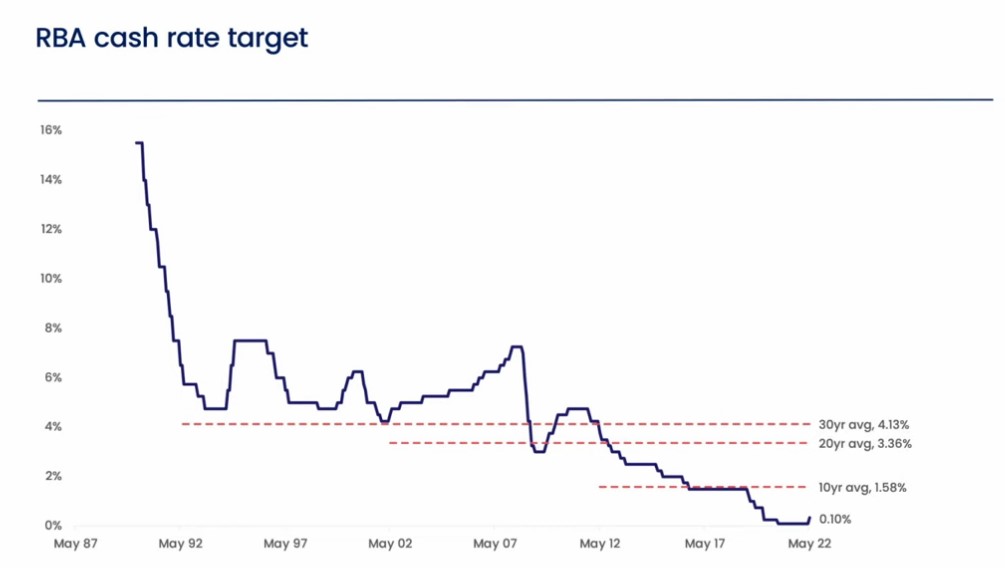 The RBA has recently noted the median repayment buffer for owner-occupiers with a variable rate mortgage had grown to 21 months of scheduled repayments in February 2022, up from 10 months at the start of the pandemic.

Even with a two percentage point rise in mortgage rates, the median repayment buffer would reduce back to 19 months, which is still substantial. 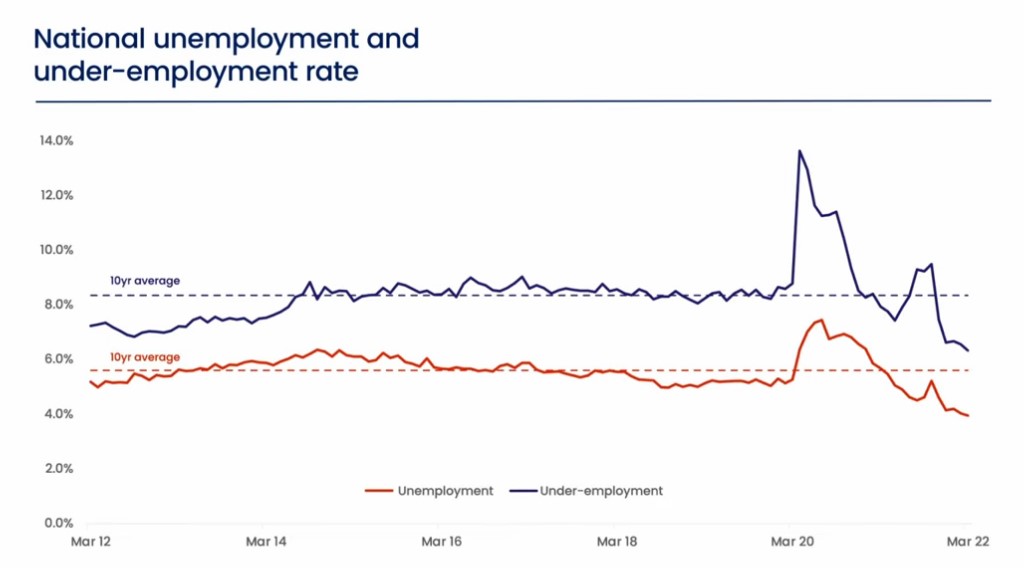 Mortgage distress should also be minimised to some extent by mortgage serviceability assessments at the time of the loan origination. 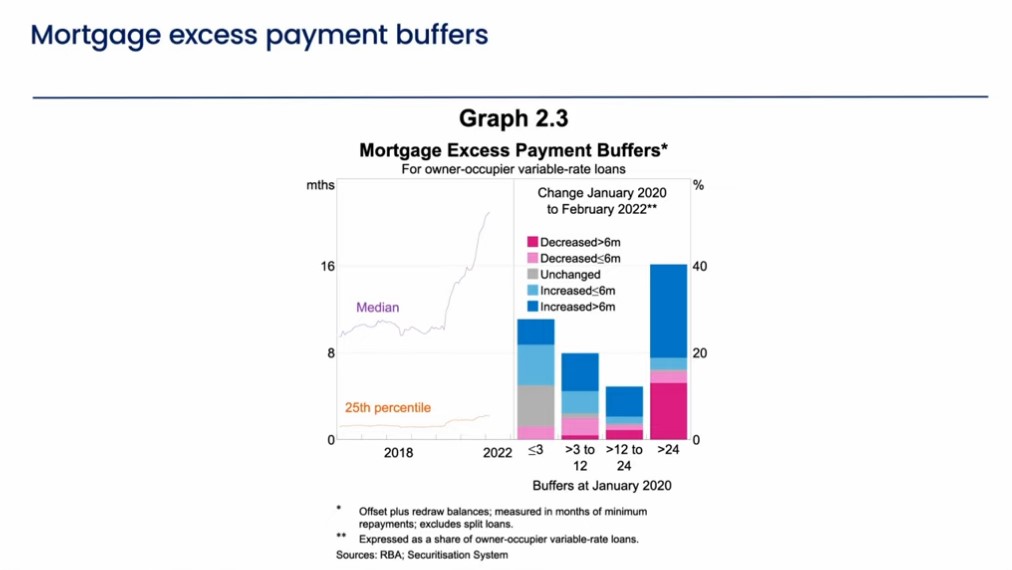 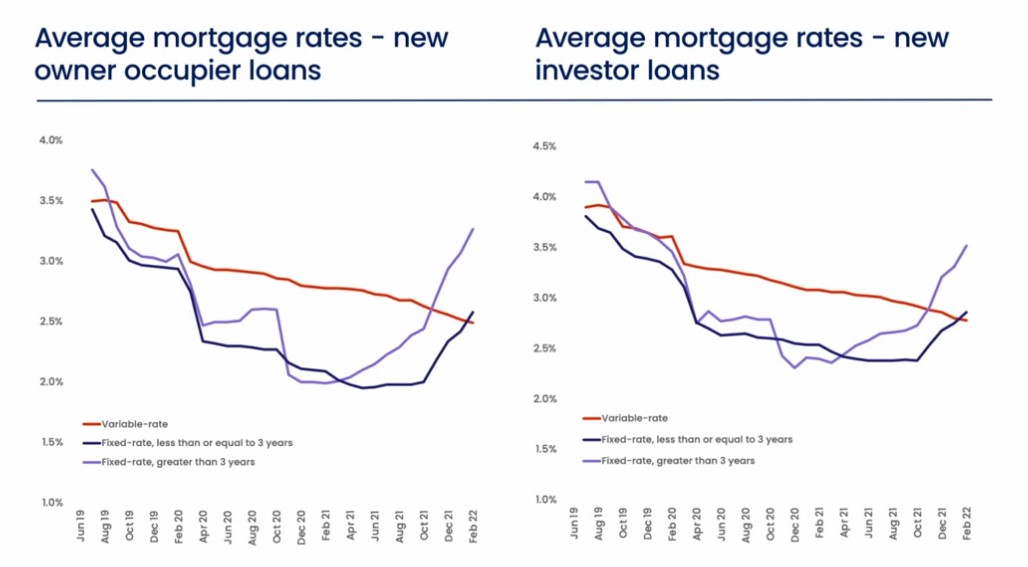 Under these serviceability scenarios, borrowers should be able to accommodate higher mortgage repayments costs, although such a rapid rate of inflation could be creating some challenges for borrowers with thinly stretched budgets.

As the housing market transitions towards softer conditions, we will be reporting on all the twists and turns in the market on the news and research pages of corelogic.com.au. 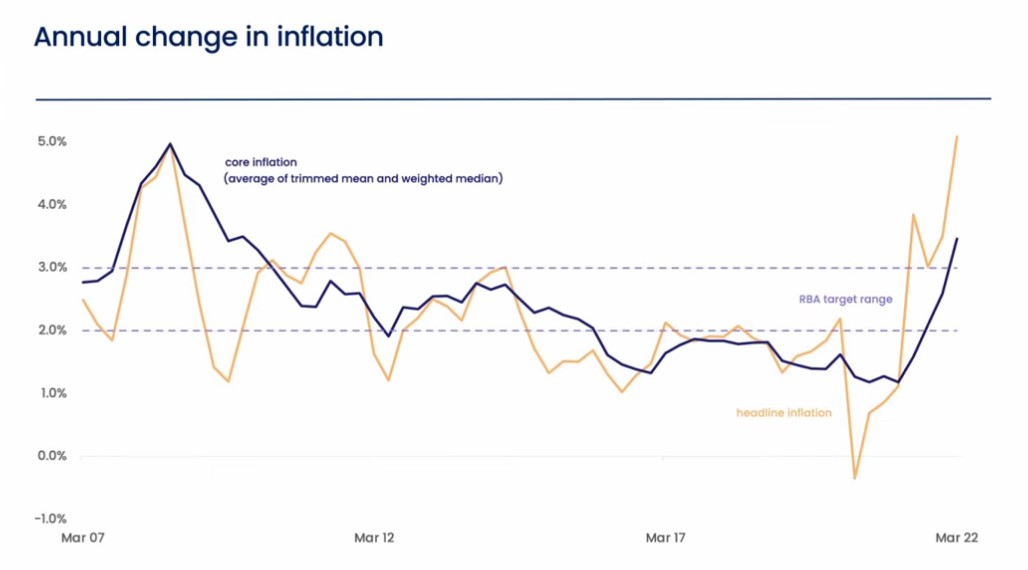 How Does Unemployment Affect My Taxes?