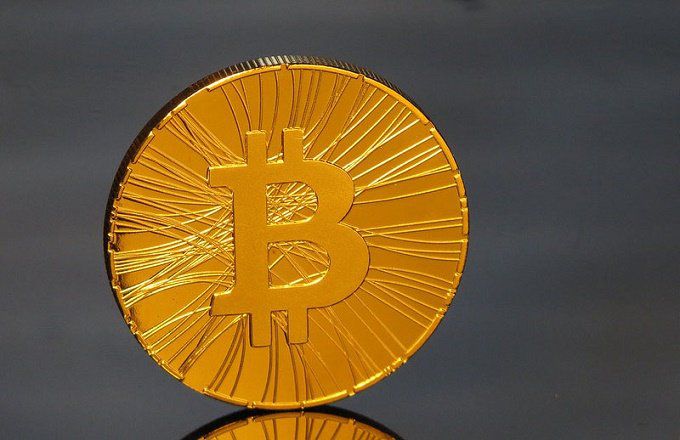 For investors, Bitcoin (BTC) may be the most surprising asset class in recent times. Even as it displays schizophrenic and volatile price swings, the cryptocurrency has also emerged as the best-performing asset in the last decade. It has, at various times, outperformed the S&P 500 and diminished gold’s luster as a store of value. Because it has a finite and known cap on its supply, Bitcoin’s value increases as supply decreases. Previous halving events, which reduce the number of Bitcoin available in the market, have also resulted in significant price bumps.

Mainstream spotlight has changed the drivers for its price increases in recent years. Bitcoin had an unprecedented bull run in 2017, its price skyrocketing by more than 900 percent in a single year on the back of interest from retail investors. Institutional investors warmed up to its potential by 2020 and publicly-listed companies have begun using Bitcoin for treasury management, ratcheting up its price to record levels. As of Q2 2022, Bitcoin had a market capitalization of more than half-a-trillion dollars, but remains very volatile.

These developments have stoked investor demand for financial instruments that provide exposure to Bitcoin. For several years, Grayscale’s Bitcoin Investment Trust (GBTC) was the only publicly-traded investment vehicle that investors could use to profit off Bitcoin’s wild price swings. In the last year, two more trusts have joined its ranks and others are waiting in the pipeline.

How Do Publicly-Traded Trusts Help in Bitcoin Exposure?

Investing in Bitcoin can be a complex affair. It requires careful analysis of the costs involved in the process. Custody costs for purchased Bitcoin can be substantial and, added up over a period of time, can work out to be quite a bit of money. Added to this figure are the associated costs of security to ensure safety. The cryptocurrency’s volatile price history also makes it difficult for investors to figure out an appropriate strategy to enter or exit a trade.

Publicly-traded investment trusts simplify these decision parameters by purchasing and holding Bitcoin or tracking Bitcoin index funds that hold the cryptocurrency. Thus, investors in these funds do not need to consider custody costs for their investment. The price movement of these funds also mimics that of the cryptocurrency, providing investors direct exposure to its volatility.

Depending on the trust’s structure, owning a share in them is the equivalent of indirect ownership of Bitcoin. It is important to remember that ownership, in this case, is a notional concept and fluctuates with the trust’s net asset value. For example, GBTC offered ownership of 0.092 Bitcoin per share in 2017. In 2018, one share at the same trust was worth 0.00099 Bitcoin. By 2022, GBTC had reduced its Bitcoin per share to 0.00093.

Some Caveats of Investing in Bitcoin Trusts

While publicly-traded Bitcoin funds offer exposure to a coveted and volatile asset class, there are several caveats associated with investing in such vehicles.

The first one is their structure. Investors often mistake publicly-traded Bitcoin trusts for index funds or, worse, exchange-traded funds that democratize crypto investing for retail traders. That is a misconception.

An overwhelming majority of publicly-traded crypto investing products in the market today are statutory trusts. Their shares are created in private placement offerings that are only open to institutional investors and, in some instances, accredited investors. The shares are subject to a seasoning period of 12 months after which they are traded in secondary markets. At no point of their lifecycle can the shares be redeemed for actual Bitcoin. Instead, they operate on the “greater fool” theory in which primary investors offload their holdings onto secondary markets traders who, in turn, attempt to sell them to others at a profit.

The second problem is the price risk associated with such products. The price movements for publicly-traded Bitcoin trusts magnify those of the underlying asset, thereby increasing the downside risk. This means that investors may end up paying a significant premium over and above the actual price of Bitcoin during a bull run and a notable discount when a drawdown is in progress. An example of such a price premium occurred during the 2017 bull run, when GBTC shares traded at a premium of as much as 100 percent to Bitcoin’s actual trading price on cryptocurrency markets. These price changes are a function of the structure of such trusts. for example, investors have every incentive in the book to pump up prices for profits during bull runs, when demand is high.

Another problem with Bitcoin investment trusts is that they are traded in Over-the-Counter (OTC) markets. Trading in OTC markets is characterized by low liquidity, meaning there not enough players or money in the market resulting in more price volatility. Companies trading in OTC markets are also not subject to the stringent disclosures required of publicly-listed companies. Thus, traders do not have access to critical information to plan their trading strategies. GBTC, the biggest Bitcoin trust operating in the market today, only became an SEC reporting company in 2020, five years after its debut in OTC markets.

Finally, publicly-traded Bitcoin trusts charge hefty management fees as compared to the rest of the market. The high expense ratios for Bitcoin trusts are a function of the cryptocurrency’s nascent custody market and testament to the risks inherent in crypto trading. For example, GBTC has management fees of 2% while Bitwise’s Bitwise 10 Crypto Index Fund (BITW) charges 2.5%. Contrast those figures with the average expense ratio of 0.44% for an ETF. Today, expense ratios greater than 1.0% are considered high in the industry.

All this being said, if you have the stomach for risk and are looking for income, then these trusts might be a good choice for you. Here is a brief introduction to three prominent investment trusts that provide exposure to Bitcoin.

Established as the Bitcoin Trust as an open-ended private trust by Alternative Currency Asset Management in 2013, this fund is now sponsored by Grayscale Investments LLC. It began trading publicly in 2015 under the symbol GBTC. The fund’s objective is to track the underlying value of Bitcoin, much like the SPDR shares ETF (GLD) tracks the underlying value of gold. It had $20.1 billion worth of assets under management (AUM) as of Q2 2022.

Coinbase Custody is the custodian for the fund’s assets. The trust has a minimum investment amount of $50,000 and it is open only to accredited investors and institutional investors. GBTC trades in OTC markets and is also available through many brokerages and tax-advantaged accounts like IRAs and 401(k)s. It has a management fee of 2%.

Since it is the oldest publicly-traded Bitcoin trust in the country, GBTC’s fortunes have paralleled those of the crypto industry. Initial trading in GBTC shares was marked by skimpy liquidity and massive volatility. The 2017 bull run proved pivotal, however. Since then, the fund has reported an increasing figure for assets under management each year. Similarly, Bitcoin’s rapid rise and subsequent slump from 2020-2022 has seen GBTC’s successes also follow suit.

Unlike GBTC, BITW does not provide indirect ownership of Bitcoin. Instead, it tracks the Bitwise 10 Large Cap Crypto Index fund, another Bitwise product that is designed to provide exposure to 80% of the cryptocurrency market. At 61.5% of the total holdings, Bitcoin accounted for more than half of the fund’s holdings in Q2 2022. Ethereum’s ether was next with a share of 29%. The rest of the fund’s holdings amounted to less than one percent and were distributed between various cryptocurrencies.

Tts price exhibits the same volatility as other crypto products. Its price surged by more than 1200% in the three months of its debut in OTC markets. But that price increase masks a roller-coaster ride during which it also crashed by more than 75% in less than a week.

The Osprey Bitcoin Trust (OBTC) started off in private markets in 2019 as an investment vehicle. But it wasn’t available for public trading until February 2021. The trust tracks the Coin Metrics CMBI Bitcoin Index. Launched in 2015, CMBI index tracks the price of Bitcoin and Ethereum’s ether. In 2020, the index’s value jumped by more than a thousand percent due to the bull run in cryptocurrency markets, but has dropped dramatically since then.

Greg King, Osprey’s founder, outlined two features of the trust in interviews to distinguish his product from the competition. The first one is its custodian – Fidelity Digital Assets, a division of the Boston-based investment giant. The second, and more important feature, is its price. Osprey charges lower management fees, of approximately 0.49%, to differentiate itself from other trusts. But it is not clear how Osprey has managed to cut down costs for its product. The trust had a total AUM of $89 million as of Q2 2022.

As Bitcoin’s popularity increases and investors become more comfortable with the asset class, other trusts, some already in the market and others waiting in the pipeline, plan to provide exposure to Bitcoin and crypto markets. For example, Grayscale has already launched investment trusts for their Ethereum and Litecoin holdings. As of this writing, Bitwise is planning to launch a holding trust, similar to GBTC, for its Bitcoin for OTC markets. BlockFi, a crypto-financial services company that is more well-known for its crypto-lending service, has already announced a BlockFi Bitcoin Trust open to institutional investors. It has management fees of 1.5% and Fidelity Digital Assets as its custodian.

What Is the Difference Between a Bitcoin Trust and a Bitcoin ETF?

Investment trusts differ in their construction from ETFs. In an investment trust, investors pool funds for a portfolio manager to directly purchase assets (in this case Bitcoin), and shareholders (known as unit holders) are given proportional ownership of the fund. ETFs, on the other hand, are constructed to track a particular asset or index (in this case Bitcoin). ETFs use a process of creations and redemptions based on the supply and demand for ETF shares in the market. With an investment trust, there is a fixed number of units. ETFs typically carry lower fees, tend to be more liquid, and have a NAV that more closely tracks the asset. Investment trust NAVs may often trade at a discount.

Are There Any Approved Bitcoin ETFs?

Currently, the only Bitcoin ETF approved by the SEC is the ProShares Bitcoin Strategy ETF (BITO), launched in late 2021 with a 0.95% expense ratio. Note that there are no Bitcoin ETFs presently approved that hold bitcoin. Instead, the ProShares ETF track Bitcoin futures contracts that trade on the Chicago Mercantile Exchange (CME). Nevertheless, the SEC is currently reviewing several applications for various Bitcoin and crypto ETFs, and other countries, such as Australia, have approved Bitcoin ETFs that do track Bitcoin directly.

Is It Better to Buy a Bitcoin Trust or ETF, or Directly Own Bitcoin?

For many ordinary investors, a Bitcoin trust or ETF is easier since shares can be purchased directly from a broker and maintained in the same portfolio as other holdings. To buy bitcoin directly, you’ll need to create an account with an online crypto exchange and fund your account there. Then you’d need to download or install a Bitcoin wallet to hold your BTC. These processes can be less transparent and more esoteric or complicated for the average investor.

Why Bitcoin Works For Latin America

Why Bitcoin Works For Latin America