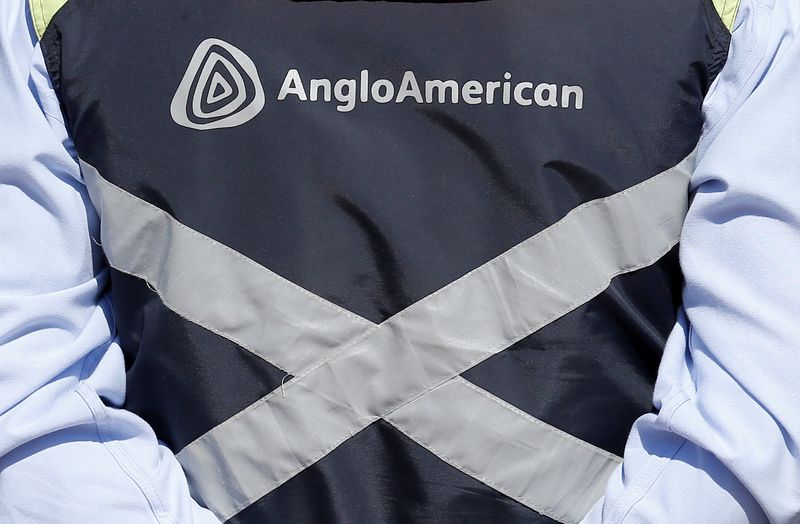 © Reuters. FILE PHOTO: Logo of Anglo American is seen on a jacket of an employee of the Los Bronces copper mine on the outskirts of Santiago, Chile March 14, 2019. REUTERS/Rodrigo Garrido

CAPE TOWN (Reuters) – Anglo American (LON:) has agreed a deal to take majority control of Arc Minerals’ Zambia copper-cobalt exploration licences, a source with direct knowledge of the matter said, which is Anglo’s first investment in Zambia in 20 years.

The joint venture deal would give Anglo a 70% interest in London-listed exploration firm Arc Minerals’ licenses in Zambia’s copper-rich North-Western province, covering an area which Anglo previously explored in the late 1990s.

Major mining firms are searching for new sources of the battery metals and cobalt, especially since the war in Ukraine and sanctions on Russia sent metal prices soaring.

Anglo American will pay $3.5 million into the joint venture upon signing, and can retain its stake in the venture by spending $74 million on exploration within seven years of signing and making cash payments of $11 million into the JV, according to a draft of the deal terms reviewed by Reuters.

Anglo American declined to comment on the deal when contacted by Reuters.

Arc Minerals previously had an exclusivity agreement with Anglo from July 2020 to July 2021, and when that lapsed Arc Minerals said it would start talks with other major miners that had approached it.

The country aims to more than triple its annual copper output within the next decade to 3 million tonnes a year.

How Do You Calculate Working Capital?