Beware the company you keep & the counsel you seek 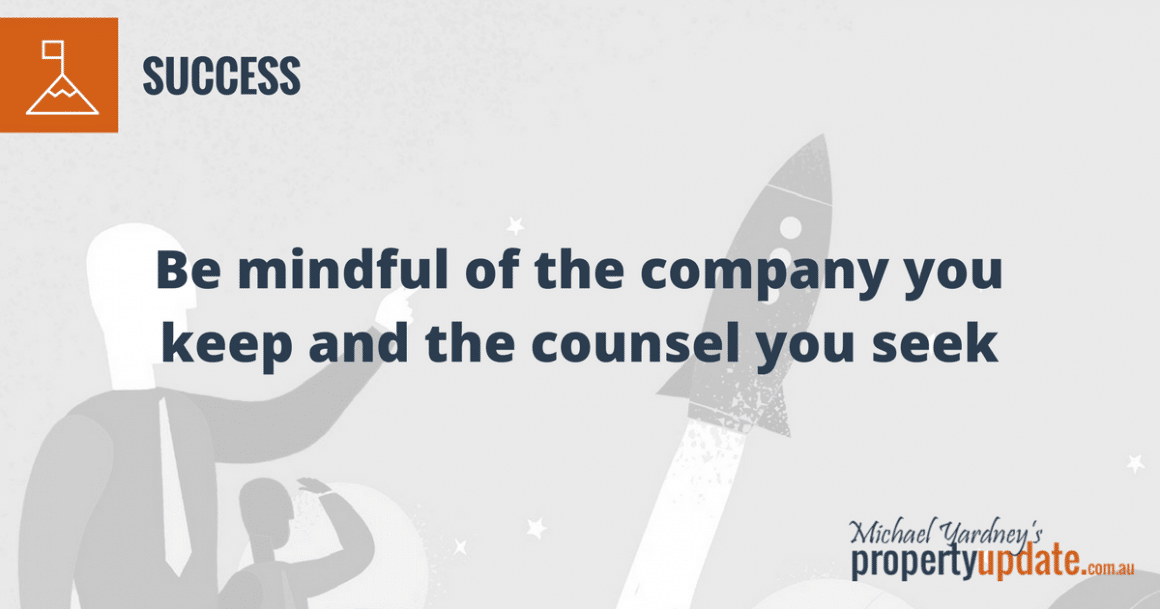 “You’ll be exactly the same person five years from now except for two things: the people you meet and the books you read.”

American speaker, Charlie ‘Tremendous’ Jones, delivered this nugget from a stage in Sydney 25 years ago.

The takeaway was clear — if I wanted a great life, I had to meet better people and read better books.

Even in his 70s, Charlie he was a force of nature.

You needed a gun, a whip and a chair to handle him.

If you were in the front row, he’d grab you by the shoulders and literally shake sense into you.

If he hadn’t been an insurance company executive, he sure as hell could’ve been a preacher.

One thing he did to perfection was kept things simple.

There was nothing fancy about his message or his delivery, but he sure as hell made you think.

He insisted that no one take notes about the content of his speech. 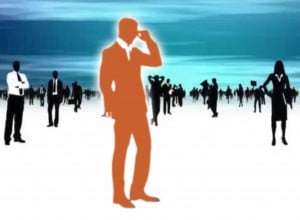 Instead, he urged us to take notes about what we thought as a result of what he said.

There’s a subtle but profound difference.

I remember writing something like this: “Be mindful of the counsel you seek and the company you keep.”

From my first self-help book (The Magic of Thinking Big by David Schwartz) to Charlie’s speech, and the many books, videos and events that followed, Charlie’s advice remains immutable.

We become the average of the people we associate with — whether we like it or not.

So the question becomes, “Who do we choose?” And who does the choosing?

It’s natural to welcome others into our life — friends, collaborators, colleagues; even mothers-in-law.

But those we keep close become influencers – for better or worse.

There’s no subtlety in this.

Each will make you better or worse.

So to the question: “Who does the choosing?” the answer needs to be you.

If I ask who decides what underwear you wear each morning, the answer will be you.

If I ask who decides what to eat next on your plate or which way to drive to work, the answer is you.

It’s the same with who you’ll marry, how you brush your teeth, or which Google search result to click on first.

Your answers will be the same.

Do you actually choose the people you spend the most time with or do they pick you?

You might have agency over what goes in your mouth, but do you decide what enters your mind?

This isn’t woo-woo nonsense, by the way; it’s mechanics. 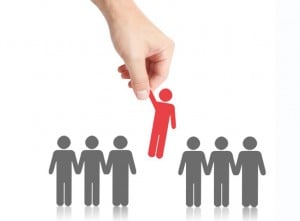 If you let your negative, small-minded sister-in-law visit too often, she’s going to make you negative and small-minded, too.

If your colleague talks you into drinks at a bar every Friday so she can moan about the boss, you’re going to start moaning, as well.

And possibly drinking too much.

And if your semi-alcoholic mate’s worldview is narrow and pessimistic, it won’t be long before you descend to his level.

Especially if he’s crashing on your couch every weekend.

At some point, you have to ask yourself, “Are my friends holding me back?”

How about the media?

Do you sit in front of your TV or mobile device and let it flood your neurons with murder, economic uncertainty and presidential stupidity?

Or do you take an active role and consume with intention?

Once you recognise the power of others to influence and direct your life, you become very good at controlling what you consume and to who you surrender your time and attention to.

Because the simple fact is, it’s really hard to deflect negative influence.

The only surefire approach is to avoid it. 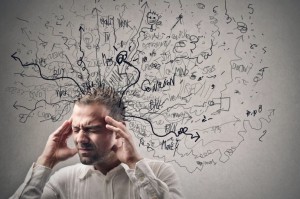 So back to the first question: “Who do we choose?”

The answer is, I can’t tell you.

But is your gossiping, judgemental friend from senior school one of your regular coffee partners at your kid’s weekly dance class?

Does your uncle Geoff keep spewing investment advice every time he pops over for a barbecue?

Do you devour the front-page news each morning at the breakfast table?

Maybe it’s time to do a little pairing — or even culling.

If your mate (who thinks your worm farm idea is stupid) invites himself over for a beer most Saturdays, try being ‘busy’ next time.

Try not keeping up with the Kardashians for a while, and unfollow that insecure ‘friend’ who’s always humble-bragging on Instagram.

Put down the trashy fashion/gadget/gossip magazine and pick up a book for a change. 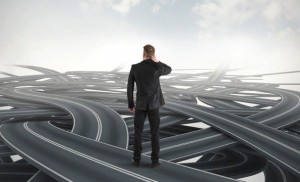 Not ’50 Shades of Grey’, but ‘The 5-Second Rule’, ‘The Art of Non-Conformity’, ‘Younger Next Year’, ‘Braving the Wilderness’ or ‘The Icarus Deception.

You’ll learn some incredible lessons, and you’ll get a bigger hit of inspiration than a year’s supply of Vogue or GQ.

But better than that, you’ll benefit from the influence of great thinkers; people who are making change happen in the world and then sharing it with you.

Trust me on this — once you start feeding your mind, you’ll wonder why you waited so long.

In the final analysis, you are where you are mostly because of the people and the influence you’ve let creep into your life.

If you’re not satisfied with the way life’s going, you need to swap out some of the bad ones for the kind that builds you up and shows you what’s possible.

I hope you do.